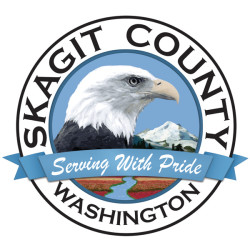 Skagit County has operated a vehicle and passenger ferry service between Anacortes and Guemes Island since the early 1960s. The current vessel, the M/V Guemes, is a 21-vehicle, 99-passenger, diesel-powered ferry that was built and put into service in 1979. Today, the ferry operates 365 days a year and transports roughly 200,000 vehicles and 400,000 passengers annually.

In 2013, Skagit County began studying vessel replacement. The resulting study looked at the existing cost of operation and a variety of replacement scenarios to determine the most economic option. The conclusion was that immediate or near-term replacement of the vessel will minimize ownership costs and provide environmental benefits.

The Skagit County Commissioners' vision is to replace the M/V Guemes with an all-electric, battery-powered vessel. Skagit County hired Glosten, a naval architecture firm from Seattle, in August 2017 to complete work on a design study, propulsion trade-off analysis, concept and preliminary design. Glosten has been tasked with helping Skagit County determine if all-electric propulsion is operationally and economically viable. Early design will be complete by December 31, 2017.

Your input is very important to the Ferry Replacement Project. We would appreciate you taking the time to complete the following survey.

There are a total of 10 questions in this survey; ideally participants would respond to all of them. Most questions allow you to see how other people have answered as soon as you make a selection. Some questions that have multiple answers require you to click "view responses" in order to see the tally of responses. You can also share your thoughts and ideas; comments made by people taking the survey are available following the question. If there are questions that Skagit County can address, you will see responses from either Bronlea Mishler or Rachel Rowe. At the very end of the survey (after you've scrolled all the way down to the bottom of the page), you will be able to submit responses for the entire survey.

Note: if you have already taken the survey, your device will remember this and each time you open the survey, your results will come up. This allows you to continue commenting and chatting while remaining anonymous (in other words, you don't have to create a user account).

Thank you for participating.

Skagit County wants to learn more about our riders and how you use the ferry.

These questions are designed to help us understand what you'd like to see in a new ferry.

A new ferry means opportunities to improve our level of service. These questions help us get a better understanding of the current ferry service, and what improvements we should prioritize in the future.

Skagit County, WA Survey
In order of priority, what system improvements should Skagit County focus on? (Click to rank OR drag to rearrange your answers.)
Closed to responses | 187 Responses
Skagit County, WA Survey
A new vessel (of any type) OR improvements to ferry service could raise fares. I would support higher fares if:
(Select all that apply.)
The vessel is all-electric
51%
There are fewer service disruptions
50%
There are more trips per day
39%
The wait times are shorter
30%
There are electronic ticketing options
24%
Other (please let us know in the comments)
9%
Closed to responses | 216 Responses
This is hidden text that lets us know when google translate runs.