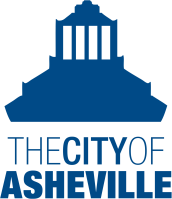 City Council is wrapping up the team building session. We will start the stream and phone line to listen in as soon as the next part of the agenda begins (Review of FY2020 Focus Areas).

Members of the public will be able to view the live portions remotely through the City’s Virtual Engagement Hub ( by phone and also streamed at the bottom of this page), YouTube channel or on television on Charter Cable channel 193 and on AT&T U-Verse channel 99. In support of transparency, the entire retreat will also be recorded and uploaded to the City of Asheville YouTube Channel by 5 p.m. April 2.

These revisions are the result of a ruling by Buncombe County Superior Court Judge Warren, who ruled the entire retreat is an official meeting and should be open to the public.

This retreat will be in-person for Council members, a small number of staff, facilitators, members of the media and public. All social distancing precautions will be adhered to and masks will be required for all of the audience. No public comment will be taken at the retreat.

With public attendance now allowed, the retreat will no longer be streamed live through the City’s public engagement hub as originally communicated. In support of transparency, the retreat will also be recorded and uploaded to the City of Asheville YouTube Channel by 5 p.m. April 2.

During the retreat, Council members will first participate in team-building exercises aimed at strengthening understanding of each other as individuals. Beginning at 3 p.m. Wednesday, March 31, the retreat will shift to discussions on priorities that will inform focus areas and goals for the upcoming year. The retreat is designed for City Council to create meaningful change and measurable results for our community.

City Council will hold their annual retreat on March 31 and April 1, 2021.

This retreat will be in-person for Council members, a small number of staff and facilitators; however, due to COVID restrictions, the public and media may not attend in person.

Members of the City Council and City staff will meet on March 31 prior to the start of the public meeting, but no public business will be deliberated and no actions will be taken.  This portion of the retreat will not be open to the public.