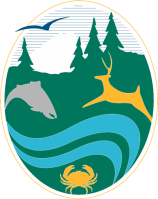 Welcome to the North of Falcon Rule Making home page.

Please note:  All comments received by WDFW are part of the public record and will be available for public viewing - so please do not include private information in the text of your comments. Your name and email address is optional and will not be published.  We will use this to keep you informed of this rule development. Comments are subject to disclosure under the Public Records Act, RCW 42.56.

This public engagement portal provides an opportunity for the public to submit general comments on the rule during the preproposal phase. The proposed rules were developed through the annual North...