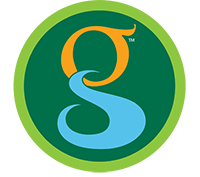 GVL2040 Survey #3: Where and How Should Greenville Grow?

GVL2040 Survey #3: Where and How Should Greenville Grow?

Thanks to contributions from members of the GVL2040 Steering Committee and input from the community, the following has become clear over the past 10 months: (1) Greenville wants to continue growth and (2) Greenville wants to focus on three priority issues: affordable housing, transportation/congestion and green space/environment. This sentiment has been underscored repeatedly; from responses to the two online surveys (completed by more than 4,400 respondents) to monthly conversations with the Steering Committee to feedback at three community open houses.

This survey is designed to identify how Greenville residents and stakeholders want the community to grow, and where they want growth to happen. For reference, below are the three growth scenarios developed by the project’s planning consultants:

SCENARIO #1:  “Stay the course” of recent decades through growth on vacant land, under existing zoning and building codes, and boost the pace of affordable housing development.

SCENARIO #3:  Allow increased density in nodes and corridors, as in Scenario 2, to accommodate additional affordable housing and higher-quality transit service—but also set aside a portion of existing vacant land as preserved open space.