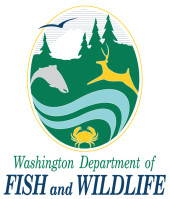 This public engagement portal provides an opportunity for the public to submit general comments on the rule during the preproposal phase.

The proposed rules were developed through the annual North of Falcon salmon season setting process, which began in January 2022, and provide the season schedule for the 2022 recreational fisheries statewide. Even though drafted as amendments to preceding rules, these new amendments function as a coordinated and unitary fishery package for the 2021-22 fishery season, and thus substantively replace prior years’ recreational salmon fisheries. Comments should be submitted with that understanding.

The intent of this rulemaking proposal, once adopted, is to replace and supersede the language in these WACs in their entirety:

Note: The public comments displayed on each tab include those made both for the CR-101 preproposal notice as well as for this CR-102 proposal.

Washington Department of Fish and Wildlife Survey
The questions marked with a red border are required.

Visit the North of Falcon page for more information.

You can add comments into the text boxes under each tab, or e-mail the comments with or without attachments to [email protected] or leave a voicemail message by calling 855-925-2801 and entering project code 3823.

Please note:  All comments received by WDFW are part of the public record and will be made available for public viewing - so please do not include private information in the text of your comments.