The Greater Triangle Commuter Rail Study is evaluating a commuter rail train that would run primarily at rush hours between Garner or Clayton and West Durham within an existing rail corridor, stopping at downtown Raleigh, N.C. State, Cary, Morrisville and Research Triangle Park along the way. 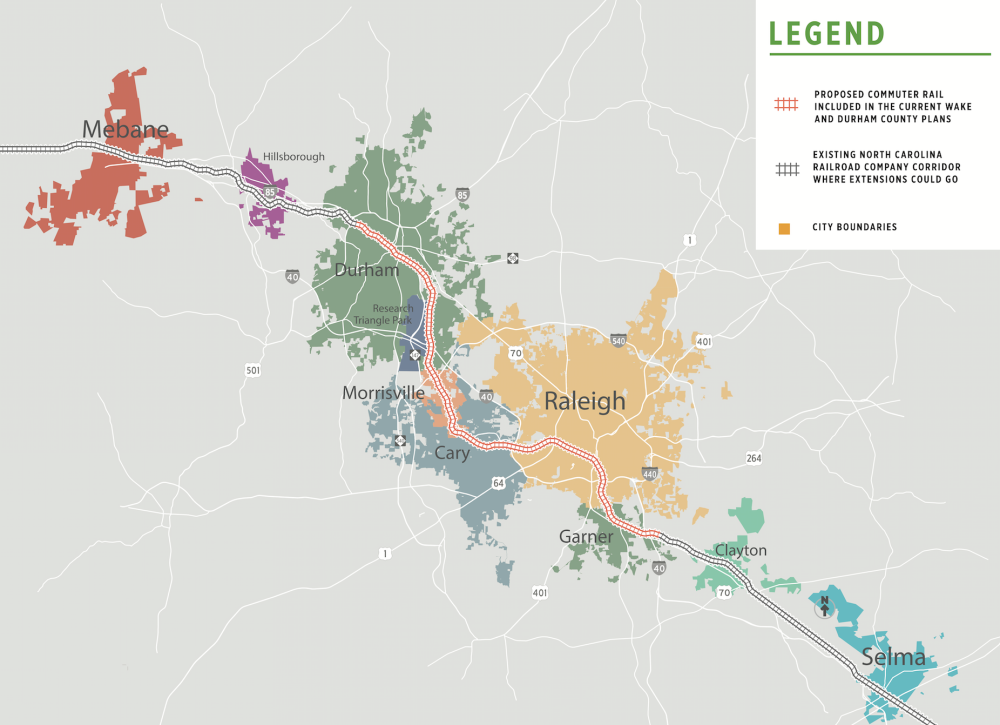 Several initial transit studies showed that providing a fast and reliable transit alternative between downtown Durham and downtown Raleigh should be a priority and that commuter rail likely would be the best option. No matter how bad traffic gets, the time it takes to ride the train across the Triangle will never change.

Transit partners across the Triangle are committed to going forward together. Completing the demographic information below helps GoTriangle meet our data collection requirements and public involvement obligations under Title VI of the Civil Rights Act of 1964.  The information collected will help improve how we serve the public.  Please answer the demographic questions (which will not be associated with your contact information) to help us ensure we are reaching representatives of the region we serve and advancing equitable outcomes for this phase of study.