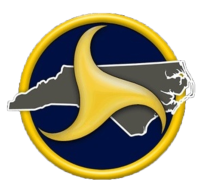 ​Preliminary Engineering Activities for this project
have been suspended.

The N.C. Department of Transportation is proposing to improve Glenwood Avenue / U.S. 70 from I-540 to Hilburn Drive in northwest Raleigh as STIP project U-2823. NCDOT is currently collecting information within the project study area for inclusion in the environmental document.

The purpose of the project is to reduce overall congestion along Glenwood Avenue within the project limits. The level of service (LOS) of a roadway is the measure of its traffic carrying ability. Levels of service range from A to F, “A” being the best scenario with unrestricted maneuverability and operating speeds, and “F” being the worst scenario where travel on a roadway is characterized by “stop and go” conditions. Five intersections along the project operate at Level of Service (LOS) F during either the AM or PM peak hours. For the 2045 No-Build condition, all intersections are anticipated to operate at LOS F during both the AM and PM peak hours. As stated in the transportation chapter of Raleigh’s 2030 Comprehensive Plan, the City’s goal is to maintain LOS E or better on all roadways and for overall intersection operation at all times, unless maintaining this LOS would be infeasible and/or conflict with the achievement of other goals.

A public meeting was held on Monday, July 22, 2019  to present project maps and receive public input.

What is a Reduced Conflict Intersection (RCI)?

With the most common type of RCI, drivers on the main road follow their usual paths, but raised medians redirect drivers from the side road. When there is a safe opening in traffic, drivers turn right to easily enter the flow of traffic on the main route. To go the other direction, or cross the highway, they pull into a dedicated lane, typically less than 1,000 feet away, to make a U-turn. There may be a traffic signal at this location. Reduced conflict intersections simplify how traffic is moved through the area, making travel safer and quicker. By removing most of the crossing conflicts, an RCI typically results in less severe crashes.

Benefits of an RCI:

• Improves safety for motorists and pedestrians

drivers move through the corridor

The section of Glenwood Avenue / U.S. 70 between I-540 and Hilburn Drive has been the subject of extensive long-range planning at both the state and local levels, including:

The public comment period closed on August 19, 2019. All comments received have been taken into consideration.