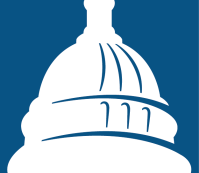 In summer 2020, Mayor Bowser formed the District of Columbia Facilities and Commemorative Expressions (DCFACES) Working Group. She charged the group with evaluating named DC government-owned facilities and making recommendations as to what, if any, actions need to be taken if the person the facility is named for is inconsistent with DC values and in some way encouraged the oppression of African Americans and other communities of color or contributed to our long history of systemic racism.

In the group's report, released in early September 2020, they recommend renaming 21 DCPS schools and school buildings, including Woodrow Wilson High School. While DCPS plans to carry out a process to explore renaming each of the 21, Wilson HS’s situation is unique in that there had already been ongoing public discussion about changing the name which found broad support among stakeholders including current students and families, staff members, alumni, the Advisory Neighborhood Council (ANC), and the broader DC Community. Mayor Bowser publicly expressed her belief that the name should change, and DC Council introduced legislation to explore a change.

A nomination form released in October to suggest new school names received over 2,000 responses. From that list, a group of DCPS and school stakeholders narrowed the names down to the following seven finalists for public input. Feedback provided on these names will be considered by Chancellor Ferebee and Mayor Bowser in selecting a new school name to propose to DC Council.