When it comes to branding, jurisdictions should consider public engagement as part of its strategy.

Just as companies work to improve the image of their brand, many local governments do the same.  Creating and maintaining a favorable community image has always been a key component of any economic development strategy. Typically falling on local chambers of commerce and convention and visitors bureaus, promoting a positive community brand helps attract businesses, conventions and tourists.

For residents and stakeholders, the image of their local government surrounds its services and programs delivered by its agencies and elected officials. This includes both the quality and the responsiveness of the government to serve its residents.

An important contributor that plays a critical role in people’s image of their government is their level of trust in the public institution. “Trust is the foundation for the legitimacy of public institutions and a functioning democratic system. It is crucial for maintaining political participation and social cohesion” (OECD).  Trust builds confidence and support that can lead to a positive image and favorable public opinions about their government. It can be government’s greatest strength and its greatest challenge.

Current data shows there is widespread and growing public mistrust in government institutions. The Pew Research Center has been studying Americans’ diminishing trust and reported that while Americans had less trust for their government, the public believed there were solutions to help restore trust. These included increasing government transparency and improving community cooperation.

One of the most impactful measures to build trust through increased transparency and community cooperation is through resident participation in government deliberations and decision making, i.e., public engagement. Greater access and participatory opportunities lead to greater transparency and involvement which increases trust in government and improves citizen perceptions of their government’s image (brand).

When it comes to strengthening a government brand, the real value of public engagement is how the government utilizes it as a centerpiece of governing.

Public engagement technology platforms enable governments to look beyond traditional uses of resident input and feedback and establish structured and organized collaboration with residents and stakeholders on an ongoing and daily basis. Many opportunities currently exist but are not being employed. Consider additional areas where the government communicates or shares information with the public. Examples include boards and commissions, public task forces and the individual agencies.

Alternatively, the government’s use of social media networks may supply the communication foundation in some of these areas. But these channels can lack the structure and oversight for meaningful dialog.

Learn more about how PublicInput can help your community build public trust through engagement today! 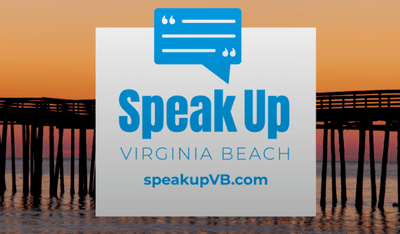 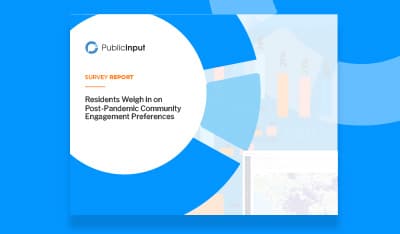 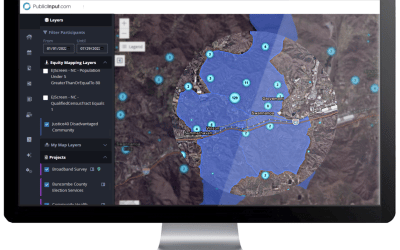