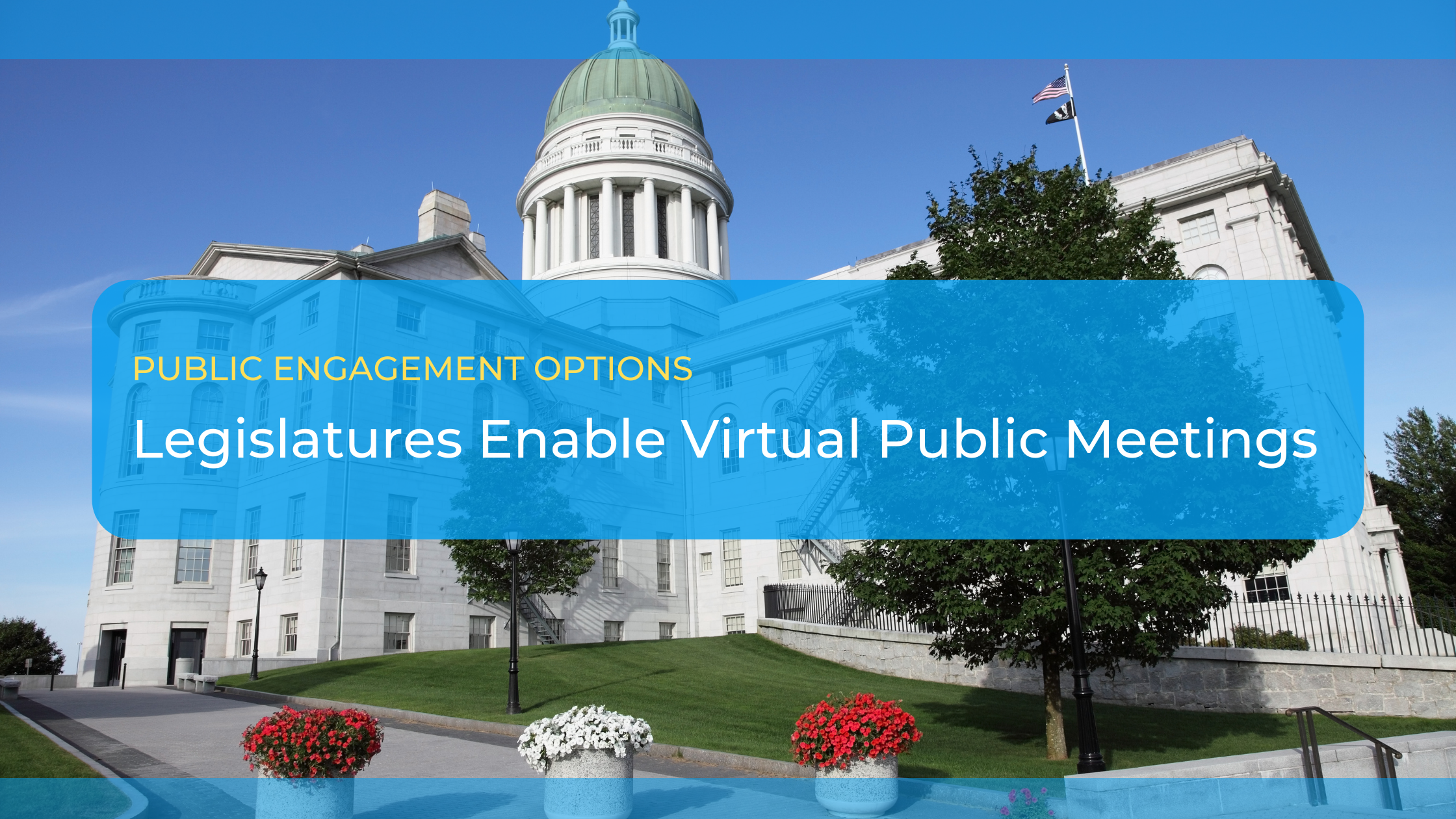 Updated 9/3/2021:  New York State became one of five states who have approved virtual  public meeting legislation since this writing of this blog.

More state legislatures are enabling virtual public meetings as an option for deliberations and public engagement. 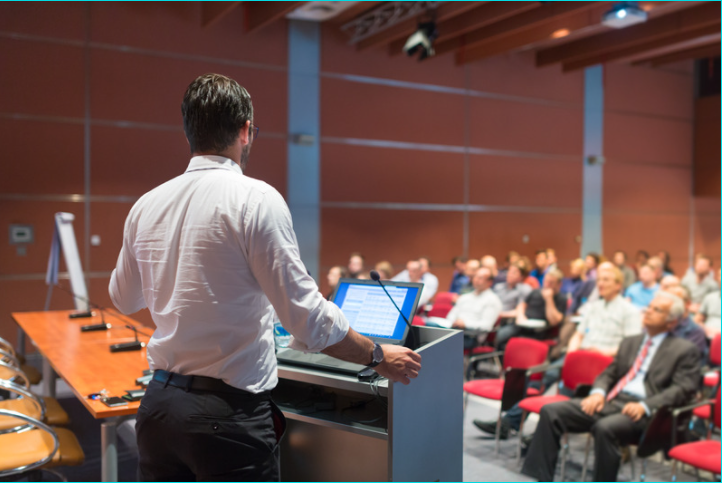 Historically, government officials have been required to meet in person to deliberate about the public’s business. This has been particularly true for meetings that included constituents and their elected representatives. Some states even have laws requiring officials to attend meetings in person.

Face-to-face meetings between elected officials and the public are important.

This is because elected officials can’t ignore people that are right in front of them talking about a problem or a policy. It also helps them put a “face” to a certain issue or law. The public’s physical presence at a meeting can be very impactful when making decisions and could affect the outcome.

Times and technology have changed and public attendance at council meetings or committee meetings usually represent those who have a strong opinion for or against the issue that is being debated and may not represent the voice of the whole community.

The Pursuit of Alternative Means

In March 2020 as the COVID-19 virus became a pandemic, state and local governments were forced to shutter their buildings and halt their in-person proceedings. Alternative means had to be pursued to conduct the public’s business, and for the continuation of governance.

For years, the public has had options to view or listen to their governing bodies’ proceedings electronically, whether online, televised or by radio and officials were physically present in those proceedings. Now, the elected and the electorate would need to segregate from each other and conduct their meetings virtually. Yet, some states had laws that required meetings of public bodies to have the officials present which prevented them from attending virtually.

With the growing pandemic, states had to act fast to enable the government to continue to operate and in a way that would not violate their open government laws surrounding access, participation, and transparency of public meetings.

Executive orders became the norm in most states to enable their governments to continue operations, including holding virtual proceedings. Those emergency orders, however, had deadlines so it was up to state legislatures in those states that restricted virtual attendance to create formal alternatives for convening public meetings.

Fast forward to the summer of 2021

With a year and a half of a continuing (and resurging) pandemic, along with 18 months of positive data about the effectiveness of virtual public meetings (VPM) , decisions by state and local governments to meet virtually have taken hold across the nation whether or not there were legal restrictions preventing them. Today, VPMs as an alternative or complement to in-person meetings are launching a new era of public engagement for governments and for residents.

Recall that not all states have laws requiring in person attendance by officials that prevent VPMs and therefore do not require legislative action to approve their use. Wyoming is a good example of a state that switched to VPMs over the last year and a half, including hybrid models, to ensure continuity of services and decision making along with public outreach.

For those states that either required officials’ in person attendance, or wanted to revise legislation to ensure VPMs were included in their public meeting requirements, 17 states had bills filed over the last year that included language pertaining to VPMs, according to BillTrack50, a free research and tracking service of state and federal legislation and legislators from LegiNation, Inc.,

So far, four of the 17 states have signed and enacted legislation to support VPMs (California, Georgia, Nebraska and Utah), while seven are still in committees or have been approved by one chamber and crossed-over to the other. These states include Hawaii, Minnesota, New Jersey, New York, North Carolina, South Carolina and Washington. Bills addressing VPMs in six states died in committee or failed on the floor: Florida, Kentucky, Maryland, Mississippi, Nevada and Texas. 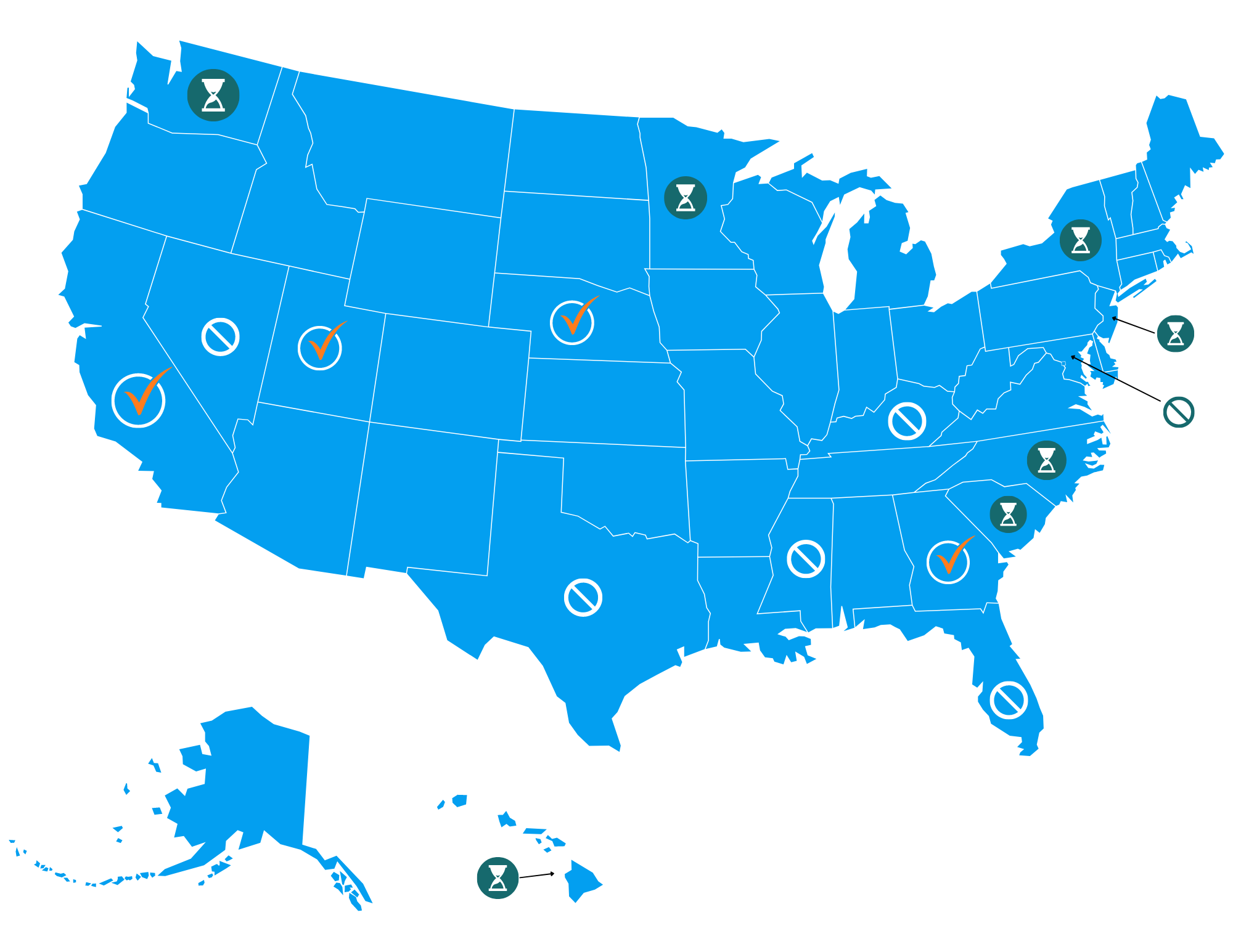 A New Way to Govern

With or without needed changes to laws to enable VPMs across state and local jurisdictions, many public officials and residents are realizing the benefits along with the challenges of adjusting to VPMs and hybrid models that blend VPMs with in-person meetings.  Residents are enjoying the ease and convenience to learn about and engage their public officials without the challenges to their schedules including traveling to a meeting for whatever reason they may have.

Public officials are seeing the ranks of public participation swell and increased diversity among attendees. Key challenges facing public bodies such as inclusion to hear from more voices in the community are being facilitated using VPMs. The public’s personal preferences surrounding communicating and sharing information with public officials are being met and with greater ease. That helps build more trust between the public officials and residents.

Whether out of necessity or in response to disaster, state and local governments and their constituents are finding VPMs provide a new and welcome way for governing and for advancing democracy in their jurisdictions.

See how Public | Meetings can help you by scheduling a demo today. 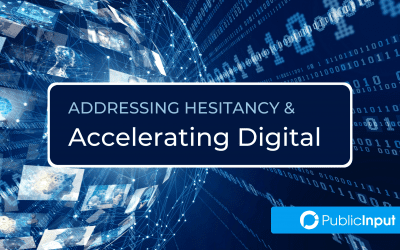 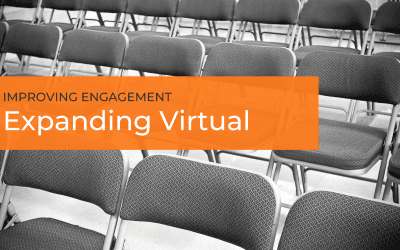 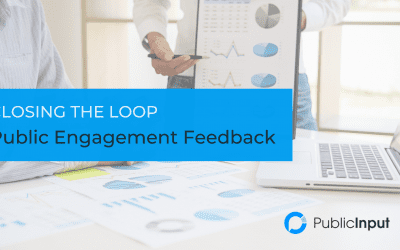