More Than A Survey: An Community Engagement Example of Increasing Transparency And Inclusion

The City of Revere is located on the eastern coast of Massachusetts and borders Boston to the north with a population of around 62K. As is often the case with growing suburbs, Revere finds itself as a community engagement example of a growing, diverse population and an onset of new projects to accommodate that growth.

Similiar to many cities across the nation, the release of the 2020 decennial census data triggered a need for putting the newly updated data to use.  For local government planners this meant updating planning area boundaries and information, and for the wider community this meant the processes of redistricting and reprecincting would soon begin.

Reprecincting is the drawing of new local precinct and ward boundaries by City Officials.  Wards and precincts are relevant for voting location and ward councilors and are used by the state legislature to redraw legislative districts.  Precincts must be drawn to contain roughly equal numbers of residents (not voters).  Redrawing happens every decade!

Research has shown that, for local governments, the greatest antidote to public mistrust is transparency and inclusion.

The Redrawing Revere project represented a necessary and important opportunity for the city to engage the community using an informative and inclusive process of rebalancing the geographic boundaries of the cities wards and precincts.

With a community engagement platform built for government organizations Revere povided an easy method for the Reprecincting Team to share information with the community about the importance of census data and how that impacts communities at the state and local levels. 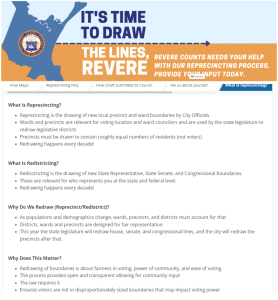 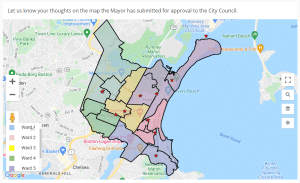 The Reprecincting Team leveraged the public comment analysis to capture input from a broad cross section of citizens. The software also gave the Planning Department the ability to respond to every comment and clear up a lot of misunderstandings. 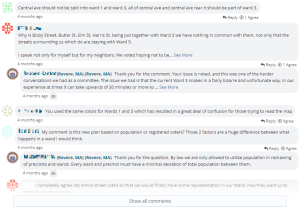 An example of how Revere, MA communicated with residents during community engagement phase/caption]

Throughout the process of community engagement, the Reprecincting Team was committed to including a diverse set of voices to ensure that the input was representative of individuals living within the Revere community.  Using interactive mapping on surveys, the team could measure representative access during and after the engagement process.

Using a unified approach to civic engagement allowed the Team to easily develop interactive mapping to serve as a starting point for collecting community dialogue and easy reporting. 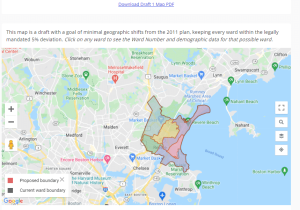 The process of transparent communication and inclusive decision was simplified using the PublicInput Platform.  The unified approach allowed the team to easily keep the community informed, document and share issues that arose during the process, offer FAQ resources, display a process timeline, and offer a portal for community questions and/or comments all in one place. 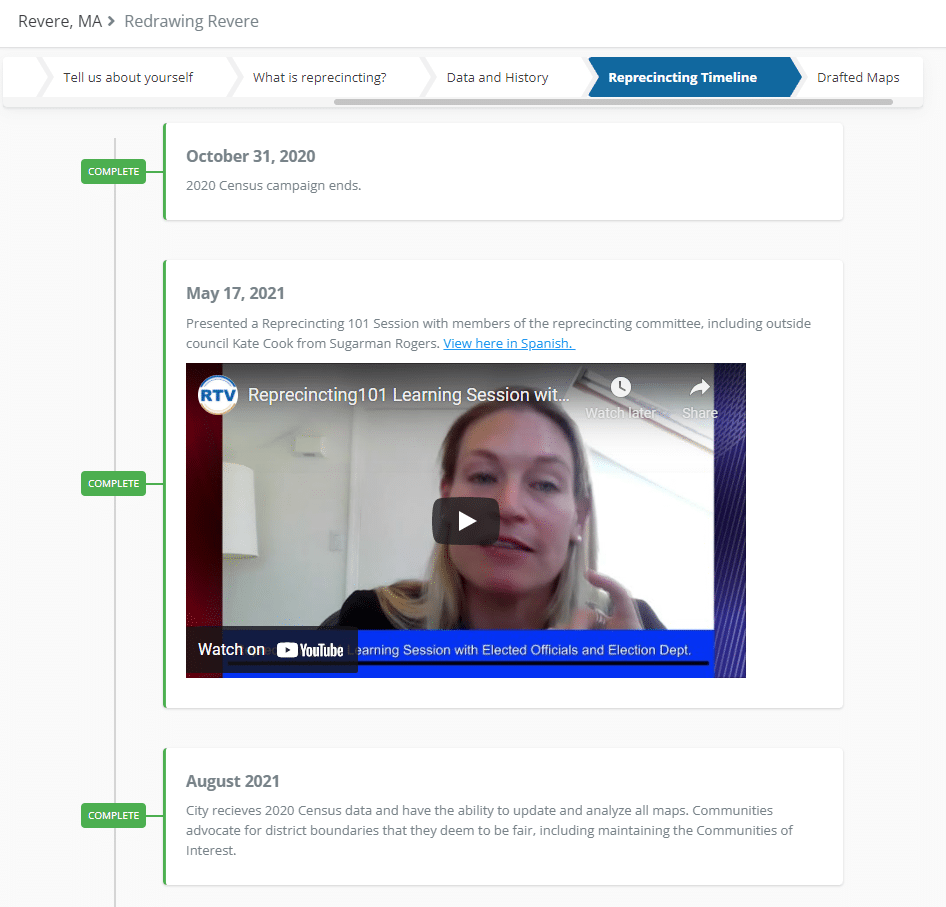 The culmination of all this work resulted in the City of Revere adopting the new maps, developed in partnership with the community, by unanimous vote in November of 2021.

Want to learn more about how PublicInput can help you and your team increase engagement, transparency and inclusion?  Chat with an expert today! 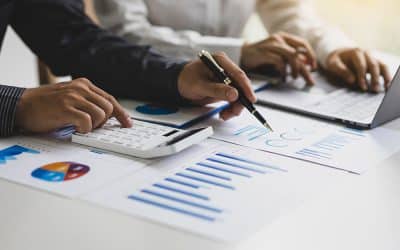 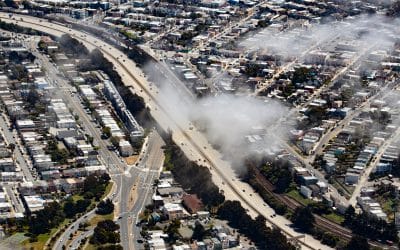 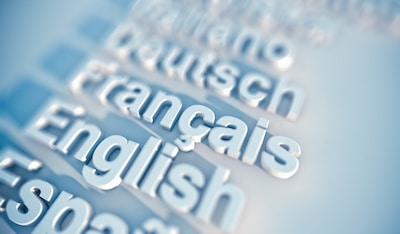